WHAT IS BRONCHIOLITIS?🤷
Bronchiolitis is an infection of lower respiratory tract that occurs in children younger than two years of age. It is a viral illness. An inflammation of the small airways (bronchioles) occurs which partially or completely blocks the airways. As a result wheezing is heard (a whistling sound heard as the child breathes out). Most children begin to improve two to five days after but wheezing can last for a week or longer. However, bronchiolitis can at times cause serious illness in some children that may require hospital admission as well.

Children who are older than two years do not develop typical bronchiolitis but can be infected with RSV (Respiratory syncitial Virus). It presents with symptoms similar to those of the common cold or mild wheezing.
It is a CONTAGIOUS illness which is transmitted through droplets that contain viral particles during breathing, coughing, or sneezing.😷

After one to three days of common cold symptoms child may have the following:

As the infection progresses symptoms may include the following:

●Persistent coughing, which may last for 14 or more days.( Though there are other causes as well)

●Difficulty feeding related to nasal congestion and rapid breathing, which can result in dehydration.

⚠️Fever🤒: syrup panadol or ibuprofen can be given to children greater than six months of age

Coughing is one way for the body to clear the lungs and normally does not need to be treated. As the lungs heal, the coughing caused by the virus resolves. Smoking in the home or around the child should be avoided because it can worsen a child’s cough.

Hospital Care 😩— Approximately 3 percent of children with bronchiolitis will require monitoring and treatment in a hospital.

RECOVERY 🤗— Most kids begin to show improvement within two to five days. However, wheezing persists in some infants for a week or a little bit longer. It may take as long as four weeks for complete recovery. 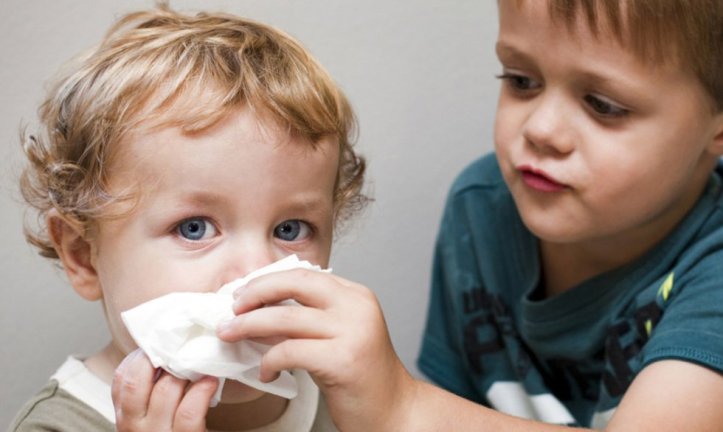